I am feeling like a very lucky bunny today.  As my regular readers will know back in February I (who had never really won anything), won a beautiful Sue Wilson die, from a competition on John Lockwood’s blog.  I think that must have changed my luck as yesterday I found I had won another die.  This time it was from a comment draw on Sue Wilson’s own blog “Parti-crafts“.  I have won one of the new Festive dies for 2017, and it is called ” Stained Glass Robin Redbreast” die. 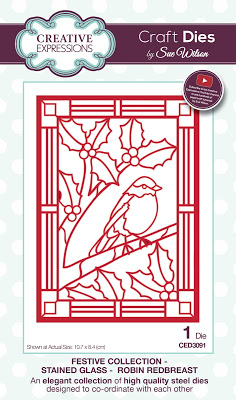 Now I have to await his arrival so that I can play.

I also have a couple more special cards (the last for this month) to share with you.

The first – though you would never guess – was for another friend called Ann.  Yes I have two friends called Ann and both have their birthdays in June. 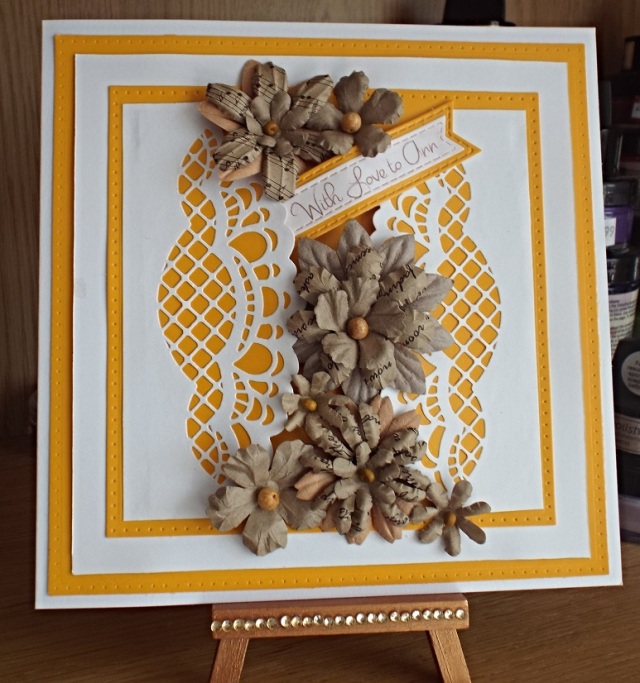 and the other was a Parchment one.

This was for my son and daughter in law for their 20th wedding anniversary.  They are not card people, neither can stand glittery cards, and they dislike anything that they consider “sloppy, sentimental, glitzy or frilly”.  However I decided after 20 years they deserved a bit of frilly so they got this and the verse said

This card ain’t cute, and it ain’t silly, oh yes I guess its kinda frilly, but todays the day you celebrate, twenty years (oh what a fate), so you deserve a frill or two, on a day that’s special for both of you.

I am one of those people who need to have busy hands so whether its stitching or papercrafting, I am always doing something. I also love being in the garden, though hubby does most of the work there these days.
View all posts by stitchingranny →
This entry was posted in Blog and tagged special cards, stained glass robin die, Sue Wilson dies, winner. Bookmark the permalink.